I had lunch with my niece yesterday.
Well, she’s not technically my “niece” by blood, but if I could change that, I would.
She’s Susie’s daughter.
And she was my soul sister, so in my book, that counts.
Four more days marks six years since Suz passed away, and her daughter and I have had lots of time together.

When we first started sharing these moments, she spent most of her time checking her phone and answering my unending questions with single word answers.
I didn’t take it personally, I knew what is was like to be a teenager…but not one who’d lost her mother.
That was unfamiliar territory.

But as time passed and she grew up, our conversations became more fluid and natural.
We were able talk about most things.
We were able to talk about her mom.
We were able to laugh.
Often, I would impart my “words of wisdom” which mostly meant I threw stuff out there hoping it would stick.
She would listen graciously and giggle.
She is a wise young woman, wise beyond her years.

I have also managed to give her little trinkets from her mother’s past.
This is where my hoarding nature really paid off.
I saved almost every card and note Suz has ever written me.
They are in a Vans shoe box she decorated our sophomore year in high school.
(Check out the pics below)
These little gems are filled with drawings, jokes, tidbits from our life as teenagers.
I’ve given her some originals and some copies. I’ve saved a lot for myself, but I will  continue to share them with her, and one day, her son, when he’s a bit older.
He’s too young to read about some of his mother’s shenanigans as of now.

So when we met yesterday to catch up and celebrate her birthday, she also wanted to talk about starting her own blog.
I couldn’t help but be so proud because really, her mother was a fantastic writer. Even Suz’s emails were clever and concise, yet perfectly crafted to not appear that way. I’ve saved those too, thousands of emails.

I think my yahoo account is nearly full…but I digress.

The point is, we talked about the nature of a blog and which direction to take it. We both agreed that honesty is at the center of good writing.

I marveled at her courage to start at such a young age and then I wished I had been able to do the same at 22.
I thought about how she would use that space.
Would she process her feelings of grief and loss?
Would she share stories of watching her mother fight cancer for five years, only to lose her?
I hope she does.
Because it’s her story to tell.

We all know how affected I’ve been, losing my best friend.
My heart aches for Susie’s kids.
They are growing up, fast.

Even yesterday, she remembered shopping with her mother, who was truly a fashionista at heart, and wished she had listened more closely.
Wished she understood what she was sharing about fashion and style.
I told her to open her heart and listen, to think of what her mother would say about a look, a pair of boots, a sweater.
And to go with it.

The thing is, it’s all in there.
She is her mother’s daughter, the impression was set.
I hate that I’m the one sharing these moments with her.
I hate that her kids have been robbed of this time.
But we must move forward, right?

We can’t wallow in our sadness. I made that promise, after all.

I promised I would do my best to be there as Auntie Darc.

I promised to share those moments, which I honestly love.

I promised to keep her memory alive.

It’s still not fair and I’m going to stomp my feet and shake my hands because, damn it, it’s not fair.

But I will keep my promises.

Because she deserves it. 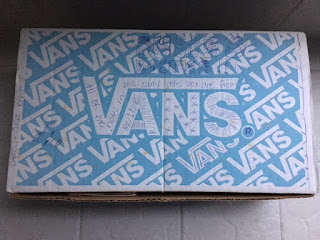 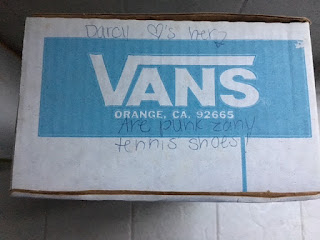 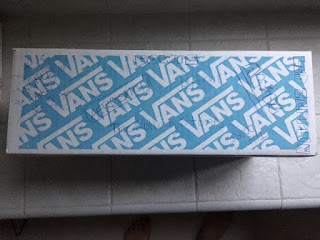 And to J & J, Auntie Darc and All the Ya Ya's love you more than you'll ever know.